Caffeine In Decaf Coffee: A Few Bare Essential Facts That May Surprise You

That was the question I found myself pondering the other day. It was late in the evening, so I decided to order one of my favorite roasts – the decaf version. My hope was that by drinking decaf coffee near bedtime I would still be able to sleep. Oddly enough, I was still a little bit buzzed by my selection.

That left me puzzled. Was decaf coffee truly decaffeinated? Or was it tricky like those other beverages? The green teas of the world, hiding their caffeine behind all their healthy goodness.

What Is Decaf Coffee & How Is Coffee Decaffeinated

I knew that decaffeination was some sort of process. Maybe some caffeine, maybe more than I thought, remained? After a brief search, I realized I could not be the only asking this question. Nearly 1 billion pounds of this commodity are consumed worldwide each year!

I wondered if all these people were awake too. Awake wondering if it was the decaf that was keeping them up? I decided to seek the answer to one of life’s great questions.  How much, if any, caffeine is in decaf coffee? After all, we know it doesn’t grow on a decaf coffee tree. So what process can effectively decaffeinate and produce great-tasting coffee beverages?

The big surprise was that the decaffeination process has been around for a long time! I assumed, incorrectly, that decaf entered the scene with the health industry. It was first used in 1905. Ludwig Roselius invented the process. I would bet he was a coffee lover.

There was one problem with the solvent Mr. Roselius used to remove caffeine from his beans. He used benzene. I am sure we will forever for his scientific achievement, but I am glad we use other methods. Especially so since benzene is a solvent used in the chemical and pharmaceutical industries!

Today, three processes are used to produce decaffeinated coffee. None use benzene. Modern methods include water processing, sometimes called the Swiss water decaf method or Swiss water method, direct solvent, and supercritical carbon dioxide (CO2) decaffeination. That last one is easier to understand than to pronounce.

Water processing is the easiest to grasp. Water is the solvent that removes caffeine, along with liquid coffee bean extracts. The water and extracts are processed through a charcoal filter and the process is repeated with the filtered water and extract mix.

Since this process uses nature, not chemicals and essentially washes out the caffeine from the beans, the process is not an exact science. The effectiveness of the processes that produce caffeine-free substances can be hard to measure, although beans produced by the water extraction process are usually 94% to 96% caffeine-free.

The direct solvent method uses methylene chloride, coffee oil, or ethyl acetate to remove caffeine. No matter which of the three is used the process is the same. The solvent goes into the moist green beans, is mixed, rinsed, and beans are checked for caffeination.

This process repeats itself until beans reach the desired low levels of caffeination. Since these three solvents are more precise, levels of caffeine in the coffee beans can be gauged more accurately. Coffee processed via the direct solvent method is 96% to 97% free of caffeine.

How Is Decaf Coffee Made

Now for the most scientific method when it comes to how decaf coffee is made, supercritical carbon dioxide decaffeination. I promise that this one is not nearly as hard to understand as it sounds. We usually think of CO2 as a gas, but here it’s the solvent.

When used as a method of reducing caffeination levels, beans and carbon dioxide are combined in a high-pressure chamber. This chamber creates such force the carbon dioxide becomes dense like a liquid. It then interacts with caffeine in the beans,  essentially removing the caffeine from the chamber. It’s then deposited into a filter along the way. I am not into science, but even I think this is pretty cool.

What makes this process even cooler is that the carbon dioxide is reused after the caffeine is filtered out. This method has some associated hefty costs, but we have an endless supply of CO2! Plus this is the most effective method, resulting in a product that can be up to 98% caffeine free.

So, I was wrong. Or rather, I was onto something. There is no such thing as complete decaffeination of coffee. At least, no processes produce 100% percent caffeine-free coffee.  And I had still not gotten anywhere with my original overarching question.

How Much Caffeine Is In Decaf Coffee?

Like the decaffeination processes, I quickly learned there is no quick answer. I started looking at the varying amounts of caffeine in different coffee decaf offerings and realized I was missing a vital piece of information. It did me, nor you, any good to know how much actual caffeine is in a cup of decaffeinated coffee unless we know the amount of caffeine a regular cup of coffee contains.

The caffeine content in coffee decaf, as we can also describe it, is all over the place. It changes from location to location and brew to brew. Researchers in one study found several restaurant and coffee shop decaf drip coffee contains caffeine from 8.6 milligrams to 13.9 milligrams.

What Is The Difference Between Decaf Coffee And Regular Coffee?

These same researchers found decaf espresso shots from one popular coffee chain ranged from 3 milligrams to almost 16 milligrams. The decaffeinated coffees varied less, but contained 12 milligrams to 13.4 milligrams in the 16-ounce serving. I know milligrams sound so small, but they can really add up. Especially when there is such variation in how much caffeine this coffee contains in the first place.

The problem is we don’t always know how much. Different stores and restaurants have different amounts of caffeine in their decaf beverages

I think all we can do is be mindful of why we’re watching our caffeine intake – if indeed we are – and note how many decafs we’re drinking. For those needing to eliminate caffeine from our diets for health reasons, we need to follow medical advice and guidance. The benefits of a less caffeine coffee, or a decaffeinated coffee if you prefer, can often outweigh the risks.

What Is The Best Decaf Coffee?

Whatever you choose, you know buying from recognized brands means your coffee is always fresh-tasting. For those of you who would like to give it a try, check out our top picks just below. 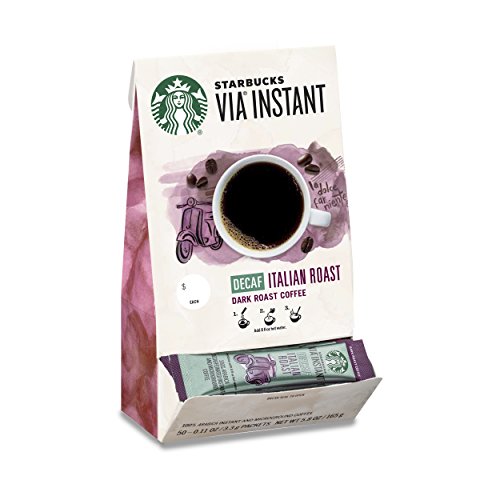 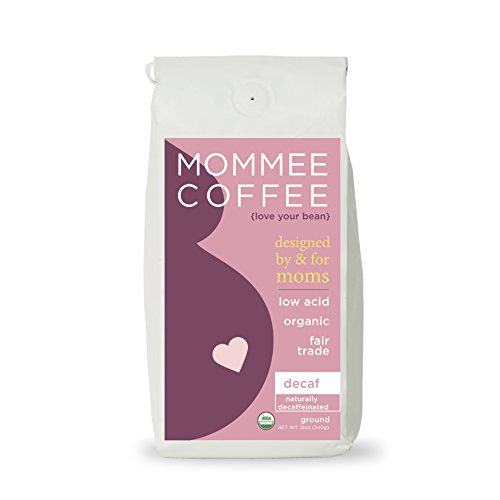 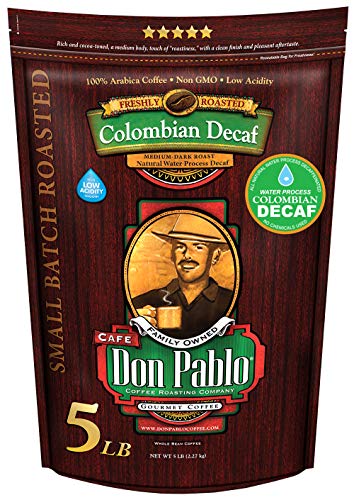 Is Decaf Coffee Good Or Bad For You?

Is decaf coffee bad for you or is decaf coffee good for you? Opinions vary. If you want to cut back on your caffeine intake, an obvious place to start is by drinking coffees with a lower amount of caffeine. Whatever you do, unless you have a health restriction, it is not necessary to forgo your cup of decaffeinated coffee altogether. A healthy adult can safely drink about four cups of ordinary Joe a day or approximately 400 milligrams of caffeine.

How much caffeine is in a decaf coffee? It varies. If you are sensitive, read labels, and listen to your body. If you are like me and have been staring at the ceiling a little too often at night, maybe take a break from the decaf past a certain time and see if it helps. I am going to give it a try.

Hi my name is Larry, a coffee aficionado from the US. I have already visited Colombia, Sumatra, Guatemala, Costa Rica, Ethiopia and Jamaica in my pursuit of finding the best-tasting coffee beans. I currently write from Bali and enjoy the relaxed life that you can find only in Indonesia. Welcome to my coffee world!